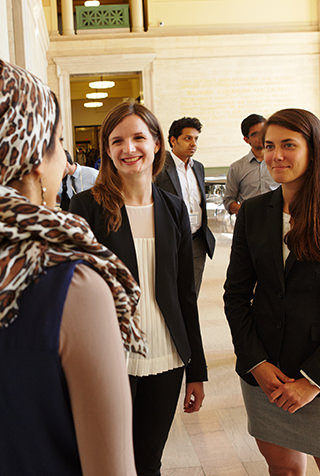 Observing a gap between the textbooks of East African classrooms and the real life application of fundamental knowledge in the workplace, Adolph seeks to create a new generation of innovative thinkers. Through interactive video, gaming, and hands-on application, he hopes to reinvigorate the desire for students to learn and internalize what they are being taught. He will include channel partner relationships with software companies, parents, students, and teachers as well as data from in-depth research in designing new, innovative curricula. He hopes to use his work in Kenya as a platform, which can then be expanded to other parts of the world.

Adolph represents the fourth generation of his family to have served in the U.S. Army. He has served in South Korea and the Republic of Georgia and as a Commanding Officer charged with providing Command and Control assets to Italy, Israel, the Balkan States and Africa. During his service he also founded Augusta Professional Developers and Romans One, which provide employment to formerly out of work veterans and government subsidized housing to families in Georgia and Michigan. Adolph graduated from the United States Military Academy at West Point with a degree in Engineering Management and is currently pursuing an MBA at the Sloan School with a focus in Entrepreneurship and Finance.