Below is an article from the Legatum Center

The Creative Industry — The Future of Africa’s New Narrative 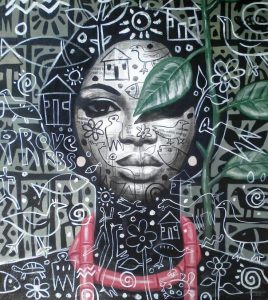 This is the second in a series of posts from our conversations at the 2021 Lauder Africa Symposium with the Lauder Institute at The Wharton School. The Symposium focused on understanding the world of work in a rapidly changing Africa.

Africans are waking up to their intrinsic creative prowess.

The talent in the film, music, arts, crafts, fashion, design, and multimedia industries that are now available on the continent present infinite opportunities for creative jobs for Africans. There has never been a better time for Africa’s creative industry, especially with major international entertainment companies like Netflix, Spotify, and Universal Music investing millions to source content that is born and raised on the continent. The end result is projected to be an exponential growth of African entertainment worldwide. It is no wonder, since the African creative industries currently generate roughly $4.2 billion in revenue, with Nollywood alone contributing over $600 million annually in Nigeria.

The net revenue from Africa`s creative industry is expected to grow exponentially in subsequent years. Feasibly, this industry will play a colossal part in Africa’s economic growth in the near future. However, to have a win-win situation, both the creatives and foreign creative companies will have to address their flaws and break away from the shackles holding back this industry from augmentation.

Despite this good news, young Africans are still discouraged from entering the creative industry. Why? What challenges hinder growth for creative professionals? And will creatives change the clichéd narratives about the industry?

In March 2021, four industry leaders, Dakore Akande, Nollywood actress and humanitarian; Papi L`Artrepreneur, founder of Lives and Mwami; Mariam Braimah, lead product designer at Netflix and co-founder of the Kimoyo Fellowship; and Nana Spio Garbrah, founder of Blueprint Africa, came together to share their perspectives on these questions during the Lauder Institute’s Africa Symposium. The discussion contributed to conversations about the Future of Work in Africa and was moderated by Liz Grossman, co-founder, and CEO of Baobab Consulting, which served as a partner for the event.

The panelists shared their perspectives on why the creative industry appears to be growing so much at this moment in time. Mariam Braimah said one reason is that globalization and digitization have exposed African creatives’ content to the world. Anyone on Netflix from any part of the world can watch Isoken, a Nollywood blockbuster movie starring Dakore Akande, or Queen Sono, a popular South African drama series starring Pearl Thusi. Consequently, the world has begun to appreciate Africa`s creative content, resulting in increased exportation of African content and subsequently increased revenue. This growth is expected to shoot rapidly with the shift towards digitization. Additionally, African youth are very talented. Their unique craft is being recognized on numerous global stages, and this is shifting the limelight towards the creatives` industry in Africa. Thus, the number of investors in this industry is expected to increase, causing exponential growth in the industry.

The panelists acknowledged that entry into the market as a sustainable livelihood was a challenge.

One of the barriers has to do with how creatives structure their businesses. L`Artrepreneur shared that poor business models and brand marketing cost creatives opportunities to grow a successful company. It is highly unusual to see a billionaire in the arts field in Africa. And this has a lot to do with the fact that talented artists accept exposure as a means of payment for their talents. They lack the knowledge and skills to negotiate for their labor. Companies can profit off the ideas and innovations of creative people, but it does not trickle down.

Spio Garbrah shared that another major issue is that creatives have to battle the preconceived notion that Africa is a problem needing a solution. When partnerships are formed with foreign companies, they tend to be less collaborative and less equitable. Braimah added that companies ought to see that African creatives have high potential and give the same respect as that given to creatives from countries in Europe or North America.

There is also a persistent stigma of the arts industry. Akande shared that her father discouraged her from getting into the creative industry when she was starting out as he believed the industry would not provide a sustainable means of living. Though she and others have begun to see personal and financial success as creatives, the mindset remains that the visual arts, film, and music are not viable pathways to success.

All the panelists agree that the creative industry’s growth is a result of exposure to an Africa that has not necessarily gotten a fair global spotlight. This can be seen in both the performing and visual arts — from the film industry that is starting to grow more and more outside the Nollywood center, and from design and visual arts.

Braimah warns that while Netflix is playing a role in bringing Nollywood and other African film and television to a global audience, the industry will be better served when Africans create parallel platforms for their products. More avenues for content will drive adaptations and evolutions in the kinds of content that is produced.

Spio Garbrah confirmed that Africa design is not static, and its evolution is being African-led. “We’re moving away from the traditional craftsman aesthetics that we put this label of ‘ethnic’ on.” She continued, “Product designers and interior designers are taking vernacular aesthetics, but using industrial processes or industrial materials, like plastics or Lucite to just completely change the game.”

This post was authored by Waithera Wambugu of Baobab Consulting.

The Lauder Africa Symposium on the Future of Work in 21st Century Africa was held March 19th-20th, 2021 as a new setting for in-depth conversations among a diverse gathering of business leaders, practitioners, policymakers, and academics at the forefront of a dynamically changing continent. Watch videos of the symposium and stay tuned for more insights and reflections.

The Evolution of a Mexican Fintech Pioneer

Great entrepreneurs typically are born from a combination of deep expertise, a desire to solve an important problem, and the recognition of an opportunity. Women founders have an additional driver: …

UNLEASHING THE POWER OF YOUTH ENTREPRENEURSHIP

At 23 years-old, Ankiti Bose started a digital supply chain company in Southeast Asia that would grow to be valued at USD 1.1 billion, create over 100k jobs, and improve labor practices across the region.

Young entrepreneurs have the early tech exposure and drive to impact society that hold the potential to solve the world’s most pressing issues. However, entrepreneurs like Ankiti are rare. In this article, Sufian explores how the enabling ecosystems of educational, corporate, risk capital, and government stakeholders can unleash the power of youth entrepreneurship to transform economies.

A Whurley Welcome for the 2020-21 Academic Year

We are excited to introduce Will Hurley, better known as Whurley, as the new Innovator in Residence at the Legatum Center for Development & Entrepreneurship at MIT. We first met …