The Evolution of a Mexican Fintech Pioneer 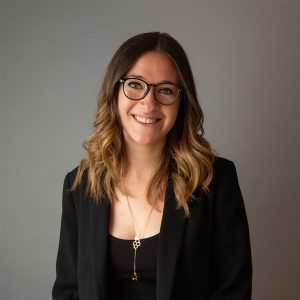 Great entrepreneurs typically are born from a combination of deep expertise, a desire to solve an important problem, and the recognition of an opportunity.

Women founders have an additional driver: the voices and hopes of other women — mothers, grandmothers, sisters — urging them on. So it was with Fernanda de Velasco, one of the founders of Play Business, a rapidly growing investment platform based in Mexico City. De Velasco is a 2015-17 Legatum Fellow.

Coming from a conservative middle-class family in Mexico City, it was important that she win scholarships for her education at Tecnológico de Monterrey, so that her family could send her younger sisters to college. And as she rose steadily in her career in finance, her mother advised her: “She said, … ‘do what I couldn’t do,’” Fernanda said. “What I wasn’t brave enough to do.’”

This fall, six-year-old Play Business emerged with expanded offerings. Now, people who have $50,000 – $100,000 can invest in a new real estate fund. People can also invest as little as $250 through Pay Business’s platform. Though revenues cratered in the spring when COVID-19 hit, the company’s leadership decided not to retrench. “We didn’t let anyone go. We didn’t reduce salaries one penny,” said de Velasco.

The company, which grew fast in 2019, continued evolving even during the pandemic. One fintech company, Doopla, raised $250,000 in five hours.

Play Business aims to be the platform that helps everyone who wants to build wealth through investing do so through a broad menu of investment products. Since Play Business’s founding, it has facilitated $20 million in investments, with more than 100,000 users and 10,000 active investors – ranging from the sophisticated to the first-time.

Play Business is operating against what’s seen as one of the most promising fintech landscapes in the world. In fact, the company took an active role in helping the Mexican government develop and pass a law enabling fintech innovation in 2018; it’s been modified since then.

The company’s evolution shows the way fintech companies in developing markets are creating new models. Play Business is part crowdfunding platform and part fund company, aiming for a broader market than is typically served by financial companies in the United States and Europe. 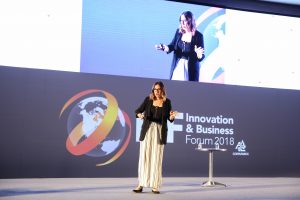 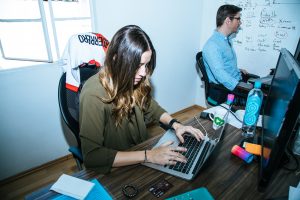 An Entrepreneur Evolves Along With The Company

De Velasco founded the company along with Marc Segura, Joan Segura, Amanda Sotto, and Diego Quevedo in 2014. She’d known several of her co-founders since her teen years. As they were in the first decade of careers in the corporate sector of Mexico City, they coalesced around the recognition that capital access represented an enormous opportunity in their country. Small and medium-sized businesses comprise an estimated 98% of the companies and their employees, 70% of the jobs. Yet, financial services companies were focused on a handful of big companies.

After a stint at HSBC, De Velasco was working with Bank of America Merrill Lynch. But her work focused on analysis and finance for only 37 large companies. She was acutely aware of the opportunities that lay beyond the world of large businesses.

“A lot of things aren’t happening because there’s not access to capital,” de Velasco said. “And we have so many people who have their money in banks. They cannot invest in the things that they like.”

Play Business launched in 2014. The team made a few key decisions early, focusing on the legal aspects of investment. The laws are unforgiving in Mexico. “If you don’t do things right, in terms of raising money from the general public, you can go to jail,” she said. “The legal innovation was one of the most important things.” To make sure Play Business was abiding by the laws, they decided to digitize the platform, a decision that stood them in good stead later, allowing them to seize new opportunities.

In the early years, De Velasco kept her day job at Bank of America, even as some of the other founders worked full-time on the company. On one hand, what she learned in her banking career helped her, as she learned the basics of acquisition financing and IPOs. On the other, she to move beyond those structures as they built Play Business, to innovate in financing structures to create a platform that could match investors with opportunities that worked for them, from funds to equity investments to royalty-based investing.

“I’m a recovering banker,” she said. “I’m grateful for everything I learned during those six years. I also had to forget a lot. I had to really push my preconceptions about what could be done.” 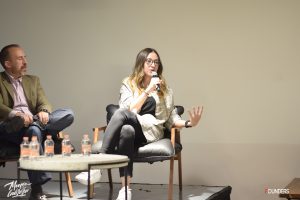 In 2015 year, she was accepted to MIT. Her husband, Joan, went to Babson College. She fulfilled a lifelong dream in traveling outside her country to study. With her mother’s encouragement, she decided to go, both for the experience and what she would learn about being an entrepreneur. Between her first and second year, she spent three months working full-time on Play Business. It was then she realized her future lay with the startup. Though she graduated with three offers for good corporate jobs, she went back to Mexico City, and Play Business.

The team met success in equity crowdfunding, growing to about 10 employees facilitating $50,000-$100,000 rounds seed investments. “We were mostly funding startups, and not small and medium enterprises,” said de Velasco.

But by 2018, they knew that they needed to tap into the larger market of investors interested in investing in real estate and franchises in order to grow. That required facilitating revenue-based investing, where investors are paid from the ongoing sales of the business.

“We started doing different structures to fund different businesses, restaurants, hotels, and gyms,” she said. A turning point was when the Mexican franchisee of Cinnabon was funded through the platform. Play Business was facilitating larger rounds, as much as $2 million in just a few weeks.

It owns 15-20% of every investment made by its clients/investors. The success so far has drawn investors in Play Business that have put $2 million into the company, including Banregio, Toro Ventures, Feher Consulting, Toros de Miura (a family office) and various angel investors, including Carlos Ibañez, managing director at Bank of America/Merrill Lynch.

De Velasco said this year has been the hardest in the company’s journey so far. “You really become resilient when you are an entrepreneur in Latin America,” she said. “One of our core values is to embrace change. We have to embrace it. When revenue dropped, we told ourselves, ‘We are smart people, we will figure this out.’ At the end, we got a lot of good things. We were in a comfortable spot when we were funding franchises. Now, we have a new product, and a broader vision.” The first new product is a real estate fund, with plans for others in sustainable energy and industry, to begin. 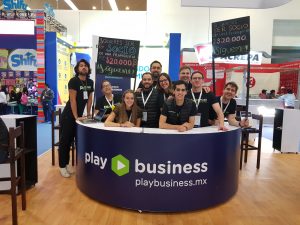 This post was authored by Elizabeth Macbride, Journalist in Residence at the Legatum Center and Founder of the Times of E.